The Effects of Astaxanthin – Eye Health 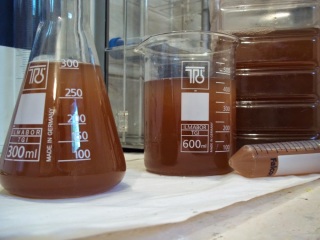 The advances of information technology, software and electronics have led to the widespread use of screen based equipment or Visual Display Terminals (VDT) for both work and leisure. According to The National Center for Education Statistics, about 90 percent of children and adolescents in developed countries, ages 5 to 17, use computers at school or at home. About 50 percent of 9-year-olds use the Internet and at least 75 percent by ages 15 to 17.
This phenomenon often lead to asthenopia or eye fatigue. The symptoms include sensitivity to glare, headaches, sore eyes and blurred vision. A recent study conducted by the National Institute of Occupational Safety and Health in USA found that over 90 percent of habitual users of VDT reported eyestrain and other visual problems associated with computer use. The American Optometric Association supported this in a survey reporting that between 50 and 75 percent of all VDT workers report eye problems. In another study conducted in Sweden, 23 percent of schoolchildren, aged 6-15 suffered from asthenopia-related symptoms (Anshel, 2009).
Asthenopia prompted a large number of occupational safety studies. For example, epidemiological studies over the last decade revealed significant factors that contribute to eye fatigue. These studies, sometimes involving up to 6,000 sufferers identified the following causes: insufficient lighting, poor ergonomics and uncorrected vision. Despite the new information, follow-up studies later showed that the implemented improvements were only effective in 50% of sufferers. The possible explanations for this observation could be that other factors remained undiscovered, poor implementation of improvements, or visual work had become even more visually demanding. It is likely to be a combination of these factors so that current solutions are insufficient to reduce asthenopia.

Figure 1. Location of the ciliary body in the human eye

Asthenopia (eye fatigue) occurs on a daily cycle, in that the visual performance generally decreases naturally from morning until night. This problem exacerbates with a daily VDT load that lasts between 4 to 7 hours by affecting the accommodation performance of the ciliary body, which controls lens refraction. A couple of randomized double blind placebo controlled pilot studies demonstrated the positive effects of astaxanthin supplementation on visual function. For example, a study by Nagaki et al., (2002), demonstrated that subjects (n=13) who received 5 mg astaxanthin per day for one month showed a 54% reduction of eye fatigue complaints (Figure 2). In a sports vision study led by Sawaki et al., (2002), they demonstrated that depth perception and critical flicker fusion had improved by 46% and 5% respectively on a daily dose of 6 mg (n=9). The effect of astaxanthin on visual performance prompted a number of other clinical studies to evaluate the optimum dose and identify the mechanism of action.

Figure 2. VDT Subjects with Eye Strain Symptoms before and after astaxanthin supplementation

In a questionnaire survey study conducted by Kajita et al. (2009), 77 percent of 22 elderly males (age 46-65), after ingested 6 mg of astaxanthin daily for 4 weeks, felt better about the subjective symptoms related to presbyopia – a reduced ability to focus on near objects caused by loss of elasticity of the crystalline lens after age 45. In more detail, participants felt an improvement when seeing nearby objects and a decrease in blurred vision. This was followed by alleviation of eye strain and shoulder stiffness. In addition, the pupillary constriction ratio, used to assess the accommodative function of the eye, showed an overall improvement of 19 percent after supplementation of astaxanthin. Therefore, Kajita et al. (2009) concluded that astaxanthin may slow down the progression of presbyopia in middle-aged and elderly people.

Accommodation measures the lens refractive property and it corresponds to the ciliary body function. This small ocular muscle controls the lens thickness in order to focus the light on the retina. In heavy visual workloads, the eye is focused on a fixed object distance for extended periods that will cause muscle spasms or develop fatigue detectable by accommodation tests. These tests are interrelated and include the following: accommodation amplitude; accommodation reaction (positive or negative) and high frequency component (HFC). Each clinical study used a combination of accommodation tests to indicate the amount of fatigue present. For example, increased accommodation amplitude in all treated subjects indicated improved reaction on near and far objects (Nagaki et al., 2002, 2006; Nakamura et al., 2004). Figure 4, Figure 5 and Table 1 reveal the higher rate of accommodation reactions measured in astaxanthin treated groups. These indicate the speed at which the ciliary body reacted to the direction change of focus (negative accommodation means from a near object at 35 centimeters to distant object at 5 meters or vice versa); (Nitta et al., 2005; Shiratori et al., 2005; Nakamura et al., 2005; Iwasaki & Tawara, 2006). The effects of astaxanthin are significant from 2 weeks.

Another technique called HFC directly measured the microfluctuations in the lens during the accommodation response and typical values exist between 50 and 60 for normal eyes. Asthenopia sufferers (values greater than 60) experienced faster rates of recovery (Figure 6) in that their HFC results decrease towards normal values in less time compared to control groups (Takahashi & Kajita, 2005).

Lastly, a top Japanese ophthalmology research collaboration between Hokkaido, Yokohama and Tokyo concluded anti-inflammatory properties of astaxanthin in endotoxin-induced uveitis (EIU or eye inflammation) both in vivo and in vitro models.
In another study, Suzuki et al., (2006) confirmed the same effects while they carefully studied the anti-inflammatory effect of astaxanthin in the iris-ciliary body of rat eyes. This was also the first study to prove that astaxanthin suppressed NF-kB activation by free radicals in the EIU rat model (Figure 8). The result is a lower pro-inflammatory response that would otherwise perpetuate local sites of inflammation that may also help explain why astaxanthin worked to alleviate eye fatigue in numerous clinical trials.

Astaxanthin reduced the number of inflamed cells in the ciliary body.

Eye fatigue or asthenopia is a common problem that occurs with the regular use of VDTs and may be resolved with findings from many worldwide epidemiological studies. However, if current improvements tend to be only 50% successful and other factors are likely to be involved, therefore, based on the current clinical evidence, astaxanthin offers a complementary alternative by reducing inflammation, improving accommodation and increasing blood flow.

One thought on “The Effects of Astaxanthin – Eye Health”

ZELJKO SERDAR Dedicated to advancing energy efficiency as a means of promoting both economic prosperity and environmental protection.Working to harvest this knowledge. The pioneering experience of corporations, governments and financiers will be captured, analyzed and made available for others to learn from. http://solarserdar.blogspot.com/