Posted on May 8, 2012 by CROATIAN CENTER of RENEWABLE ENERGY SOURCES 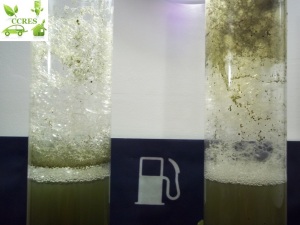 Biofuels are the alternative fuels like ethanol, butanol, biodiesel, methane and others obtained from the biomass. Biomasses are the wasted materials obtained from the plants, animals and human beings. With the increasing prices of the crude oil and importance of achieving self-reliance in energy and growing concern for the environment alternative fuels are receiving more government and public attention.

The government of US has set the targets for using of 36 billion gallons of biofuels by the year 2022 as a result most of the gasoline sold here is mixed with ethanol. Similarly, biodiesel mixed with petroleum diesel is found to create lesser pollution without affecting the performance of the engines. Methane gas is also increasingly used for the production of electricity and also driving the vehicles. Ethanol, biodiesel, and methane are all biofuels obtained from biomass like wasted crops, crops containing sugar, vegetable oil etc.

Due to increasing demands of the biofuels, many farmers are now tempted to raise the crops that would yield biofuels instead of the food crops. This leads to misuse of limited resources available in the form energy, fertilizers and pesticides. In some parts of the world large areas of forests have been cut down to grow sugarcane for ethanol and soybeans and palm-oil tress for making biodiesel. US government is making efforts to make sure the farming for biomass materials does not competes with the farming of food crops and that the farming of biomass would require lesser fertilizers and pesticides.

One of the most important promising sources of biofuels is algae. Algae are single celled (most of them) microorganisms that grow in salt water, fresh water and even in contaminated water. Algae can grow in sea, rivers, ponds, and also on land not suitable for production. Like other plants, algae also absorb energy from the sun in the presence of atmospheric carbon dioxide by the process called photosynthesis. Just like other wasted plants and crops, algae also carry energy and it can be used as an important biomass material. There are more than 65,000 known species of algae having different colors like green, red, brown and blue-green that offer wide range of options for obtaining the biofuels from them.

Algae keep growing extensively in the nature and it generates lots of waste that could even create problems of disposal. Since algae carries energy, it can be used as an important source of alternative or renewable energy since algae is available in abundant quantities that can last forever. Algae can be used as the biomass materials to obtain various biofuels. Various colonies of algae can be considered to be small biological factories containing lots of energy.

Biofuels from Obtained from Algae

The algae biomass can also be used for making ethanol and butanol biofuels, which are type of alcohols. Butanol is considered to have more efficiency than ethanol and it is obtained from dried algae that act as a biomass. The carbohydrates extracted from algae are converted into natural sugars, which are then converted into butyric, lactic and acetic acids by the process of fermentation. Further fermentation of butyric acid is carried out to produce butanol.

The biomass obtained from algae can also be used to produce biogas that contains methane and carbon dioxide. Methane is an important component of natural gas, so this biogas can be used just like the natural gas for producing heating effect and also to produce electricity.

Advantages of using Algae as Biomass

One of the important advantages of algae it that it can be grown in almost any type of water: salt, fresh, and even contaminated water. It can be grown in vast sea and river water, small rain water ponds and even commercial or domestic manmade ponds. It can also be grown on non-arable unproductive lands increasing the utility of waste lands.

Another important advantage of growing algae for producing biofuels is that it does not displace the farmland used for growing the food crops. The farmers using various resources for producing biodiesel instead of the food crops has been one of the major concerns for the government, algae helps solving this tricky problem.

Algae have the potential to yield 30 times more energy than the crops grown on land, which are currently being used to produce the biofuels. This would further encourage the use of algae for producing biofuels and land for producing food crops.

Another important advantage of algae is that it uses carbon dioxide for its growth. Thus the pollution causing carbon dioxide produced from the other sources can be utilized to grow algae, which helps keeping the environment cleaner.

1 Response to CCRES – ALGAE AND BIOFUEL